The world is facing an opioid epidemic. However, opioids are not the only drugs countries are grappling with in today’s world. Other drugs have slowly risen to become a big headache for many governments. Cocaine, meth and alcohol are among the drugs whose use has significantly increased. Reportedly, meth abuse has substantially increased in Western and Midwestern states of the U.S, Mexico, Oceania and countries in West and Central Europe.

In the state of California, the use of methamphetamine, known as meth spiked in 2019. Cases of meth overdoses also increased in the state. The increasing rate of meth addiction in California is attributed to the fact that production and distribution of the drug have spread in the Golden State.

According to statistics, opioids still cause more overdoses than meth especially in California. 2,428 overdose cases in California in 2017 were caused by opioids. However, meth is quickly catching up and trying to close in on the gap. Nonetheless, meth overdoses are particularly higher in some areas like the San Francisco bay area than opioid overdoses.

Methamphetamine belongs to a category of stimulants known as amphetamines. Other drugs in this category include prescription medications. Amphetamine overdoses have been on the rise in areas like San Joaquin where 232 overdose deaths were reported in 2017. This is the case in many other areas in California

Meth is widely available in California as it is in many other states. It is also possible for people to make their own meth. Locally produced meth is difficult and dangerous to get. In addition, amateur meth labs can cause fires and explosions when novice chemists make mistakes. Unfortunately, production has grown beyond small meth labs with big Mexican drug cartels and gang leaders in the U.S getting into it.

California has taken steps to crack down on the sale of some of the ingredients used in making meth such as pseudoephedrine, and over-the-counter medicine used to treat cold. Such crack downs and restrictions have reduced arrests and hospitalizations to some extent. However, drug production and distribution systems soon adapt and resume growth.

Besides the ability to locally produce meth, California is also at risk of illegal meth trafficked from Mexico. In 2019, the DEA released the National Threat Assessment which stated that meth was mostly trafficked into the United states from Mexico across the southwest border. California’s proximity to Mexico makes it one of the largest markets for illegal cocaine. Meth trafficking is not only concentrated in California but is also expanding to other states.

In the DEA’s recent report, it was revealed that there is an increased demand and supply for meth. As a result, meth has become cheaper and purer making it more potent and easier to obtain. Unfortunately, meth has become the drug of choice in the last few years. Many people fail to notice that meth is a more deliberate assassin that delivers an immediate exotic high while silently attacking the organs over time. 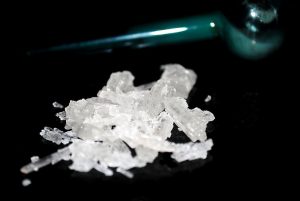 Opioids and meth present the biggest drug threats in California. Today, most illicit drugs like heroin are being mixed with powerful opioids like fentanyl which is several times more potent than morphine. Fentanyl is also being mixed with methamphetamines. Fentanyl, an opioid is a depressant while meth is a stimulant. Mixing stimulants and depressants is common practice in order to have them counteract the negative effects of the other. However, combining powerful drugs like meth and fentanyl is very dangerous.

The reports of meth mixed with fentanyl in California has been on the rise, rising by 173% between 2016 and 2017. Tiny doses of fentanyl, even 2 milligrams can be very deadly. A mixture of meth and fentanyl counteracts the sedation caused by opioids, leading users to believe they can handle higher doses.

It goes without saying that meth is a growing pandemic in California and the United States at large. Drugs are booming in the state with some residents even grappling with mental disorders and addiction at the same time. The most affected are the homeless and the poor who have to grapple with a whole other lot of physical disease. 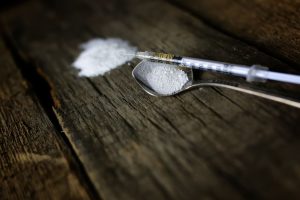 There are a myriad of reasons why California residents are resorting to taking meth. For some, it helps them stay awake so that they are able to fend off robberies and assaults. For others, it is because they cannot survive without the drug. With $5 dollars, a person can get a hit of meth which wears off after a few hours. Many residents claim that meth has a way of getting rid of vulnerability or depression in a way that alcohol or crack cannot which makes them opt for the drug. Meth appears to be more addictive than drugs like cocaine and heroin and its abuse has been related to a broad range of risks and outcomes like suicide, homicide, hyperthermia, cardiovascular problems and many other disorders.

It is a sad state of affairs for California. The west is being ravaged by meth at a higher rate than many think. Meth addiction is one of the deepest holes for anyone to climb out of. It completely owns people’s lives to a point where they will do anything and everything to pursue it.

It is clear that meth abuse may be the latest ‘drug epidemic’ not only in California but in the United States. Meth is a plague that the society needs to rid of. The future looks grim for many young Californians who are the most susceptible to meth addiction. It is necessary for the state government to continue and intensify its efforts to scourge every trace of meth in California in order to salvage the residents.