Ativan is a benzodiazepine drug with the generic name lorazepam. As a benzodiazepine, this drug acts as a sedative; in other words, it has very relaxing effects. Ativan is mainly used as an anti-anxiety and anti-seizure medication, and in some cases as a muscle relaxant. It is a prescription drug, so you cannot get it over the counter.

Ativan, like other benzodiazepines, acts on the neurotransmitter gamma-aminobutyric acid (GABA). GABA is an inhibitory neurotransmitter, which means it decreases activity in the nerves of the brain and spinal cord. With decreased excitation in the central nervous system, Ativan effectively gives relief for anxiety and seizures.

But as with any other benzodiazepine, Ativan can cause you to develop a physical dependence on it. If you try to stop using this drug while you are dependent, you will experience withdrawal symptoms.

Due to this effect, the Drug Enforcement Administration (DEA) considers Ativan and similar benzodiazepines as Schedule IV controlled substances. That means the drug is medically useful but has the potential to cause dependence and abuse. As a controlled substance, you cannot legally purchase Ativan without a valid prescription.

While most Ativan withdrawal symptoms are uncomfortable, they are often not life-threatening. But in rare cases, it is possible that withdrawal from this drug can turn fatal. Read on to find out more.

What are the symptoms of Ativan withdrawal?

There are two stages to Ativan withdrawal. The first is known as the acute stage, and it can happen within 1 to 4 days after your last dose of the drug. The following are examples of acute withdrawal symptoms:

The second stage follows acute withdrawal and is characterized by a more lengthy withdrawal syndrome. This phase can last anywhere between 10 and 14 days. But if you have taken very large quantities of Ativan, it may last longer. The following are the signs and symptoms of long-term withdrawal:

It is also possible that the second stage is not the final one. PAWS, or post-acute withdrawal syndrome, is a condition that can occur following the protracted withdrawal stage. Depression, discomfort, mood swings, and other psychological symptoms often linger during PAWS. The worst part is they may last for months or even years after you stop taking Ativan.

Which of the withdrawal symptoms can endanger my life?

Of all the withdrawal symptoms of Ativan, seizures are the most risky. They can turn deadly in some severe cases. Seizures can turn fatal if:

This condition is known as status epilepticus, which can lead to permanent brain damage or death. If you experience this and do not receive immediate medical attention, the chances of fatality are much higher.

In some cases, Ativan withdrawal can trigger serious psychological symptoms such as:

These conditions can threaten your own life as well as the people around you.

If you are dependent on other substances as well, such as alcohol, your withdrawal symptoms are more intense and the chance of fatality is higher. If you also have underlying mental health conditions or physical ailments, it makes matters worse. 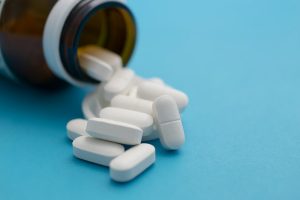 There have been no documented cases of deaths from Ativan withdrawal. However, there have been cases of deaths from withdrawal caused by other benzodiazepines. For instance, in 2009, a patient was admitted to a hospital, and while there, she developed seizure-like activity. She also had other symptoms: elevated temperature, high blood pressure, strange behavior, and irregular movements. About 15 hours after admission, she died.

Doctors ran a toxicology analysis, which revealed that the patient had been on citalopram medication. The patient’s family also mentioned she had been taking diazepam for several years before being switched to alprazolam. Around 4 days before hospital admission, her medication ran out, so she stopped taking it suddenly. At that point, she had already taken about 200 milligrams of the drug within 6 days.

Because of these findings, the doctors believed the patient’s symptoms indicated a benzodiazepine overdose. They also thought this to be the cause of death.

Is there a way to avoid these potentially fatal withdrawal symptoms? 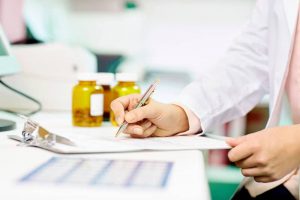 The best weapon against Ativan withdrawal is the proper use of your medication. If you have been prescribed this drug, make sure to follow your doctor’s orders to the letter. Follow the dosage and frequency stated on your prescription. Refill your supply of medication regularly so you don’t abruptly miss doses.  Also, when the prescription is over, do not take any more Ativan.

Most importantly, avoid taking a higher dose without your doctor’s approval. Increasing your dose on your own is often what sparks the onset of dependence on Ativan. In turn, you are more likely to experience withdrawal when it’s time to stop taking the drug.

If you feel that Ativan is no longer taking effect as strongly as it used to when you first took it, talk to your doctor right away. Your doctor is the best person to decide if you need a higher dose, a different medication, or to completely stop the medication entirely.

Can Ativan withdrawal be treated?

The usual treatment for withdrawal is medically-assisted detox. Doctors will assist you in gradually decreasing your dose of Ativan until it reaches zero. You may still develop withdrawal symptoms, so doctors may give you medications to ease off the symptoms.

If you are ready to quit Ativan, ask your primary healthcare provider for more information.