When you drink alcohol heavily, it will lead to several negative effects on your health, including liver disease, hypertension, and even cancer. In addition, you will also find it harder to quit drinking because of alcohol withdrawal.

In a nutshell, withdrawal is the result of your brain struggling to adjust to the sudden absence of alcohol. Your drinking habits have made your brain used to the effects of alcohol, so it has to adjust again if alcohol is gone.

Withdrawal symptoms range from mild to serious. Can they turn fatal? Let’s find out.

If you have a habit of drinking heavily, alcohol will change how your brain functions. Alcohol belongs to a class of substances known as depressants. These substances slow down brain function, and they make you feel relaxed and calm. But alcohol also lowers your blood pressure and heart rate, while making you less alert and mentally active.

Once your brain gets used to these effects, it tries to compensate by being more active. That way, you can still function normally even with alcohol in your system. This “hyper-aroused” state then becomes normal for your brain.

When you either cut down or stop drinking, your brain is still in the hyper-aroused state. It’s still trying to compensate for the effects of alcohol, even if there is less of it in your system. In turn, you will get withdrawal symptoms like:

Some of these symptoms can show up as early as 6 to 8 hours after your last drink. Withdrawal symptoms continue to progress up to a week before they subside. The symptoms usually peak anytime between days 1 to 3.

In about five percent of cases of alcohol withdrawal, individuals can develop a rare, serious form of withdrawal called delirium tremens. This condition is a medical emergency because it can trigger seizures. Call 911 immediately if you or someone you know is suffering from delirium tremens. Its symptoms include:

What is heavy drinking?

You become vulnerable to withdrawal symptoms when you drink heavily. If you drink moderately, your risk of developing withdrawal is not so high, though it’s still possible. Take a look at the Dietary Guidelines for Americans to know the difference between moderate and heavy drinking.

According to these Guidelines, one drink is defined as any of the following:

If your drinking habit fits within the numbers for heavy drinking, you are at a much higher risk of developing withdrawal symptoms.

Why does withdrawal become fatal? 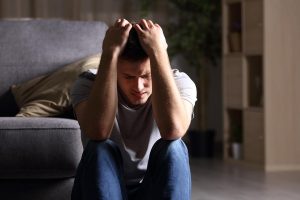 Often, cases of fatalities from alcohol withdrawal are due to delirium tremens. These only occur in about five percent of patients, so the chances of dying from it are small. But this does not mean throwing caution out the window.

One of the clear signs of delirium tremens is the occurrence of seizures. Not everyone who suffers from delirium tremens has them. But of those who do, about 3 percent can progress into a severe form of seizure known as status epilepticus. This is characterized by either seizures that don’t stop, or consecutive seizures that don’t give the person any time to recover from the last one.

Status epilepticus is a serious condition that warrants immediate medical care. If it is not treated right away, it may become fatal or cause disability. Call for emergency medical help immediately if you or someone you know is experiencing this condition.

For those experiencing seizures without status epilepticus, it is still best to call for medical help. Seeking medical attention early for delirium tremens will avert any fatal consequences.

Is there a way to prevent alcohol withdrawal?

The only foolproof way of preventing withdrawal is avoiding alcohol in the first place. If you don’t drink, your brain will not be changed by the effects of alcohol.

It also helps to consume your drinks slowly. That way, you can enjoy longer drinking sessions without putting too much alcohol in your body. Have a glass of water ready at all times, too. Drinking more water than alcohol can reduce the negative effects of alcohol.

What if I have withdrawal symptoms but want to stop drinking? 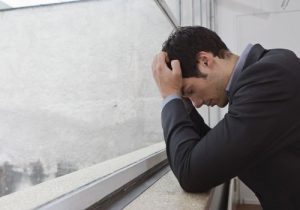 Do not attempt to quit drinking on your own. The discomfort you get from the withdrawal symptoms may compel you to go back to drinking. That’s why most people who try to quit on their own are not successful.

Instead, talk to your doctor to find out the best treatments available for your needs. Alcohol detox is often the first step. During this process, doctors and nurses will monitor you every step of the way as you decrease your intake of alcohol. They may give you medications to help manage any withdrawal symptoms.

Afterwards, you may need to go through behavioral therapies. Through these, you can train your brain to develop better coping mechanisms for stress, anger, sadness, and other negative emotions. You will also learn what causes you to crave for alcohol and how to avoid them.