What Medication Is Best For Meth Addiction Treatment?

Meth, or methamphetamine, is a popular recreational drug. It appears as a white, crystalline powder, and because of this nature it has become popularly known on the streets as crystal meth. It is a highly potent stimulant drug producing effects like:

But because of its potency, meth has a very high potential for abuse. The Drug Enforcement Administration (DEA) puts it under Schedule II controlled substances, which means it has known medical uses but a high risk for abuse. In medical settings, meth is used to help treat ADHD (attention deficit hyperactivity disorder) in rare cases. But only very few medical professionals prescribe this drug for ADHD.

If you happen to be addicted to meth, treatment is in order. One component of treatment is medications, especially during detox. Here are some of those medications used in meth addiction treatment. 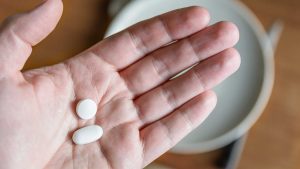 New research published in 2021 has revealed the potential of these two prescription drugs in meth addiction treatment. The study was funded by the US National Institute on Drug Abuse. It found that combining the two medications aids patients in decreasing their meth intake by a lot. Some patients were even able to quit the drug entirely.

The combination therapy consists of an injectable, which is extended-release naltrexone, and a daily generic pill, which is bupropion. Naltrexone is already used in treating opioid and alcohol addiction. Bupropion, on the other hand, is an antidepressant originally used for nicotine addiction.

Prior testing revealed that neither of these medications was effective when given by themselves. However, between 2017 and 2019, almost 400 individuals with moderate-to-severe methamphetamine use disorder took part in a combination therapy trial, and the data indicate that the two drugs, taken in tandem, work well. According to the researchers, the combined medication greatly reduced cravings while also improving quality of life, with no adverse effects reported.

However, the researchers also emphasized that the combination of naltrexone and bupropion is not a cure-all for meth addiction. They predict that only 10 percent of patients given these medications will recover.

Other drugs for meth addiction treatment

There are still no FDA-approved drugs that can reverse the effects of meth addiction. Despite the promise of the naltrexone-bupropion combination therapy, more research is needed to confirm its efficacy. If doctors would prescribe these two drugs for meth addiction, it is still considered off-label use.

Most of the time, medications are used during meth detox, which is often the first phase of meth addiction treatment. The goal of detox is to flush out all traces of the drug from your body. At the end of detox, which usually lasts 5 to 7 days, your body will be able to tolerate the complete absence of meth.

Several unpleasant withdrawal symptoms, including anxiety, depression, exhaustion, and a strong urge to take meth, are common during the detox process. The good news is that supportive medications are helpful in reducing the unpleasant side effects of detox.

NIDA researchers are working hard to develop medicines more appropriate for addiction therapy. Thankfully, there are numerous alternative drugs available today. Treatment alleviates withdrawal symptoms, and while there is no FDA-approved medication for meth addiction, there are numerous others that can either lessen cravings for meth or reduce consumption of the drug.

Addiction researchers are still working hard to find medications that can help with meth addiction. Depending on the extent and length of the addiction, each person will react differently to medicines. Currently, three classes of drugs are used to help treat meth addiction:

Despite the fact that most research studies do not find much success, there is encouraging evidence that these three types of drugs are the best in helping overcome crystal meth addiction.

Here are some drugs helpful in meth treatment.

Modafinil is under a class of drugs called non-amphetamine stimulants, and it has dopaminergic actions. This drug’s stimulant-like effect may be useful in treating withdrawal symptoms. It can also augment memory, concentration, and motor functioning if you have a long-term meth addiction.

Mirtazapine is an antidepressant, and it may help reverse brain states conditioned by meth. Also, it is useful in dealing with depressive withdrawal symptoms in outpatient rehab.

Topiramate is an anticonvulsant and a medication for nerve pain with a variety of neurological effects. One of them is elevating levels of gamma-aminobutyric acid (GABA), a neurotransmitter that makes you feel relaxed. This drug is also helpful in reducing your cravings for meth.

Normally, rivastigmine is used in treating dementia in people with Parkinson’s or Alzheimer’s disease. It improves memory and cognitive skills. In the context of meth rehab, it has been shown to reduce drug cravings as well.

Nicotine is the addictive component of tobacco products like cigarettes. But in meth rehab, it can be used to reduce cravings, especially if you have a milder addiction. Caution must be taken so you do not develop a substitute addiction.

How are medications used in rehab facilities? 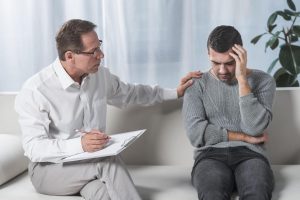 Some of the medications described above will be available to you at an inpatient treatment center. The medications may improve your chances of getting sober and maintaining sobriety.

Because meth withdrawal symptoms may last for long periods of time, being under the care of medical specialists in an inpatient facility can help you manage the discomfort. Also, you will get support from other patients who have the same struggles with addiction. More importantly, you can maximize your recovery outcomes by going through inpatient treatment.

Outpatient rehab is a viable option if you have a meth addiction that isn’t too severe. This treatment is also appropriate if you have no co-occurring disorders. Outpatient rehab allows you to keep your current routines at school or work while receiving much needed therapies.

However, if you’re not sure that you will be able to stay sober while going through outpatient treatment, you should explore inpatient treatment. Ask your doctor or a mental health specialist to help you decide.